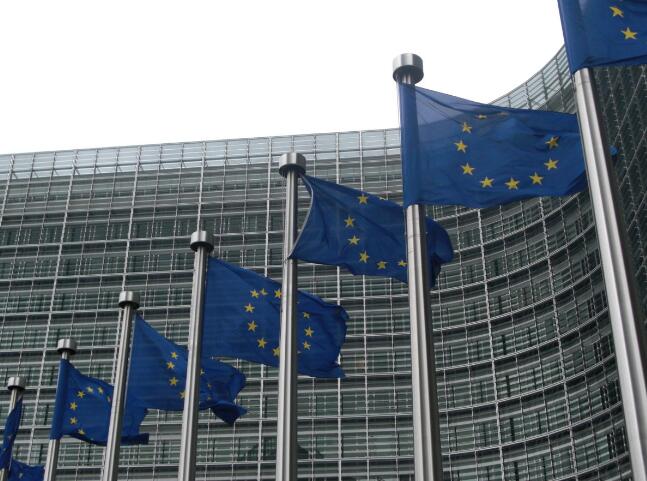 The new legal framework for anti-dumping, designed to protect the EU against unfair trade practices, has been signed. It will come into force on December 20.

Europe has been struggling for a long time with the issue of how to deal with future anti-dumping procedures. This is primarily due to China, which has been promised market economy status by the World Trade Organization.

This recognition would make anti-dumping measures against Chinese imports into the European Union more difficult.

Consequently, under the new rules, the former distinction between market and non-market economies for calculating dumping, while maintaining the same level of protection for producers, has been removed.

“The Commission will now need to prove the existence of a ‘significant market distortion’ between a product’s sale price and its production cost. On that basis, it will be allowed to set a price for the product by referring for example to the price of the good in a country with a similar level of economic development or to relevant undistorted international costs and prices,” read a statement on the commission’s website.

It added, “The Commission will also draft specific reports on countries or sectors describing distortions. In line with current practice, it will be for EU firms to file complaints, but they will be able to use the Commission’s reports to support their case.”

More article on this topic:

Milan Nitzschke, president of EU ProSun and spokesman AEGIS Europe, an industry alliance representing 30 European manufacturing sectors, explains what China’s quest for market economy status has to do with the new European anti-dumping directives, and what effect they will have on the measures against Chinese PV manufacturers.

The EU Council and the European Parliament signed new anti-dumping legislation in Strasbourg on December 13. The new rules will officially come into force on December 20. Milan Nitzschke speaks to pv magazine about what the changes mean.

pv magazine: What are the most important changes to the previous anti-dumping regulation??

Milan Nitzschke: The most important change is that the EU doesn’t change too much. At the beginning of the legislative process the entire anti-dumping law was at stake. That’s off the table now. On the contrary, the new regulation provides more legal certainty for anti-dumping measures.

Does the EU Commission still have as much room for maneuver in its decisions in anti-dumping procedures as before?

Yes, even more so than before. Since we are dealing with enormously complex economic issues in trade defense legislation, not every detail can be included in the legal text. Accordingly, much depends on assessment and discretion.

The EU is responding with the new regulation to China’s aspirations to gain market economy status. What is the current stand?

This triggered the whole process. When China joined the World Trade Organization in 2001, the country was clearly considered to be a non-market economy. But negotiators optimistically believed it possible the economic constitution of China could change within 15 years. Consequently, they implemented a provision that beginning with December 2016, where additional evidence had to be provided in trade law proceedings over whether or not market rules determine prices in China. The Chinese government has reinterpreted that provision, and said 2016 was the starting point of China gaining market economy status.

The EU has so far not accepted this and, thus, has not recognized China as a market economy?

Right. At the very first day, 15 years after its accession to the WTO, China sued the European Union before the World Trade Organization Arbitration Court in Geneva. What sounds like legal shadow-boxing would have had a massive impact on commercial law and the future of the industry in Europe.

In fact, China today is further away from a market economy than it was in 2001. The government’s global economic expansion policy today is more aggressive than ever. Prices in China are determined by subsidies and government regulations.The economy is following 5-years-plans and state owned banks are financing overcapacities and dumping prices for exports to foreign markets.

If China were legally recognized as a market economy, could the EU no longer protect its domestic market from Chinese imports?

If the EU would have granted China market economy status, no effective measures could be taken against these dumping prices anymore. The consequence of this status would have been that any export price to the EU would be allowed that is not lower than state-distorted prices in China itself.

We would then have got the same price level in Europe as in China, except that nobody in Europe can produce at these prices. Because unlike China, Europe for good reason has social, environmental and competition regulations to comply with.

Market Economy Status for China would have meant that in the long run we would lose all industrial production in Europe, from steel to equipment manufacturing, future industries such as renewables and the automotive industry.

With the new anti-dumping guidelines, European manufacturers can now continue to be protected against cheap imports from China, even if China should eventually receive market economy status?

Yes, because the EU has thus simply shelfed the whole concept of market economy status. This is a huge success for the EU manufacturing industry and its employees.

Originally, the EU Commission simply wanted to give in to China. Chancellor Angela Merkel had already agreed on a state visit to China, to campaign for granting market economy status in Brussels. The background being that Beijing had threatened with retaliatory measures against, among others, German car makers in China.

It has taken three years of protest from industry, in particular, from the cross-industry alliance AEGIS Europe, together with unions and MEPs to prevent the factual abandonment of European anti-dumping law.

With the new regulation, the legal definition of market economy status will no longer be decisive for the applicability of anti-dumping measures, but rather a comprehensive and up-to-date assessment of the extent to which the economy of the country of origin is distorted by the state.

No need to say that bigger state distortion than in China can be found today only in North Korea.

Since 2013, minimum import prices have been applicable for crystalline modules and cells from China, for which the EU Commission has recently adopted a quarterly reduction. Do the new directives have any effect on the current regulation?

No. Initially anyway, transitional periods will apply. And then the new methodology will continue to allow for the imposition of tariffs and minimum prices as long as there’s dumping.

German Customs authorities are now conducting an investigation into circumvention of duties by Chinese PV manufacturers in the hundreds of millions. The European Court of Auditors recently spoke even of billions in damages for the EU because of this circumvention. Do you really believe the current regulations are effective and useful?

This is another sign of how far the EU Commission has succumbed to blackmail by Chinese economic sanctions. In 2013, former EU Trade Commissioner, Karel de Gucht wanted to introduce effective anti-dumping tariffs. Instead, China successfully fought for a minimum import price, which was exactly on the level of the Chinese prices of that time. But even that was bypassed by numerous tricks.

But why only now – four years after the introduction of the regulation – is the procedure for customs fraud starting?

Instead of preventing violation and circumvention of the minimum import price regulation, the Commission had instructed the European fraud office to stay out of it and largely tied the hands of the customs officers in EU member states.

It took three years for more effective controls to finally become possible. We estimate the customs damage incurred over time at around €2 billion.

Above all, continued dumping has cost additonal European solar manufacturers their existence and caused thousands of job-losses. But now the custom’s and prosecutor’s offices started prosecution.

With the change of the minimum price regulation in autumn they received more access possibilities. Every violation of the minimum import price now is considered to be a criminal action. We expect to see significantly more criminal cases and these will also include older frauds.

Importers are well advised to stop insisting that customs fraud is not noticeable.

The EU Commission has announced that it wants to phase out the minimum prices next year. Is there any possibility of preventing this??

Yes, because the right to take action against injurious and unfair dumping remains.

For China, the solar case still has a very high symbolism, so the Commission would like to get rid of the issue. On the top of this, there are the irresponsible campaigns of importers, project developers and Chinese manufacturers, who pretend that solar power is not competitive at fair prices in the EU.

But of course, EU ProSun and the manufacturing companies in Europe will continue to use all legal means to prevent price dumping and allow for real competition and a fair and level playing field.