Views :231 Recommendation: Votes:0 Discuss:0
The acquisition boosts TFI's sales and distribution team and reach in the greater Mississippi market as its 11th location. 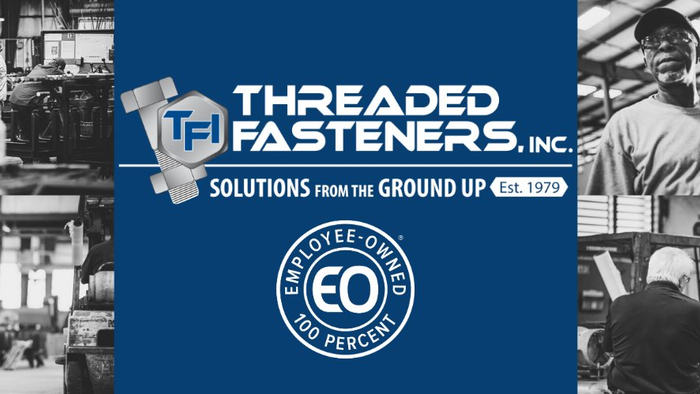 Threaded Fasteners, Inc., an employee-owned supplier and distributor of steel fasteners, announced Jan. 28 that it has acquired Meridian, MS-based Construction Fasteners, and has recently relocated its Chattanooga, TN branch to a larger facility there.

The acquisition boosts TFI's sales and distribution team and reach in the greater Mississippi market and marks the company's first acquisition since adding Bolt & Nut, Inc. (Tampa, FL) in 2018.

"We have proudly operated a branch in Gulfport, MS since 2006 and the construction industry in Mississippi has grown exponentially in the past 15 years. This acquisition joins two teams that are dedicated to help better serve Mississippi and neighboring states as construction and infrastructure investments continue to increase," TFI president Billy Duren said. "We are thrilled to add to our presence in Mississippi by joining forces with the outstanding team at Construction Fasteners."

“There may be a new name on our building, but the old faces will still be here!" said Craig Melancon, Construction Fasteners owner and founder. "This has been such a seamless experience for us. We feel so fortunate in having this opportunity to join a company team that is customer-driven, cost-efficient, community supportive and especially faith-based.”

Meridian, TN marks the opening of TFI's 11th location. The company was established in 1979.

"When I first met Billy (Duren, TFI president) and Jerrad (Douberly, senior vice president), I realized that Threaded Fasteners was more than just a company," Melancon added. "I cannot remember anything that had more of an impact on me than the TFI Family Tree,” said Melancon. The TFI Family Tree hangs in the main conference room of the TFI Home Office and contains the names and anniversary dates of every employee-owner. “The tree says so much about who TFI is, I knew then that it was the right fit."

On Feb. 3, TFI announced through its social media that it has recently relocated its Chattanooga, TN branch to a facility there that is 60 percent larger than the previous one. The new location has an expanded and fully renovated will-call counter catering to customer's fastener and construction accessory needs.